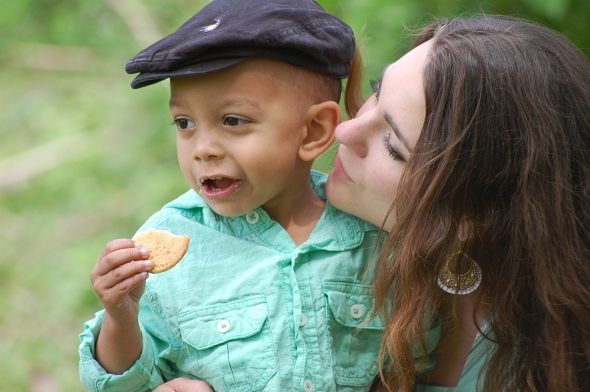 My first instinct with food is to go all hardcore, eat only the purest, most sustaining ingredients. I think it’s an underlying urgency to combat our generally toxic food system, environment, and most of all, my poor dietary choices in the past. Pregnancy only makes me more of a fanatic. Seems I have to eat my opinions though, since I really haven’t been consistent recently…

Delighted with our third pregnancy, I launched into the first trimester with high hopes of low weight gain since I have been eating Trim Healthy Mama style. Most TH mamas have glowing reports of happier, trimmer pregnancies and while I hadn’t lost those last 7 pounds of “vanity weight” I looked forward to a wholly different pregnancy from my last which was fraught with depression and rather rapid weight gain.

Four weeks in and I felt completely normal, five weeks and I found myself hit with morning sickness unlike anything I’d experienced with Eden and Elliot. It began with a middle-of-the-night blast that sent me flying to bathroom in anticipation of losing my dinner. While that didn’t happen, it did signal the beginning of 6 more long weeks of eating for survival.

Suddenly, if I didn’t eat something with protein every 2 1/2 hours I turned into a desperate, stomach-turned child searching for something to calm my belly. I felt my metabolism accelerate like never before, I didn’t gain a pound but I had to eat more often than ever. Eating became a double-edged sword of necessity and churning repulsion. All my super-food THM favorites like skinny chocolate, sauteed, salmon, my beloved bowls of fresh-picked organic greens, stevia, extra-creamy foods became repellent to me.

I was exhausted as well, with two naps a day I could still hardly keep moving through the, day. My emotions were slightly haywire and my poor, patient husband came home to a hostile wife more days than I care to remember. My precious Eden and Elliot also had to deal with a self-absorbed, impatient mama…

So I, (me, Miss Gourmet, Purist etc!) ate low-carb “franken-food” wraps stuck together with a mass of non-organic peanut butter and butter, oatmeal, Trim Healthy Mama pancakes (unsoaked oats!), conventionally-raised grilled chicken from Target, lots of Greek yogurt, and as much fruit, especially strawberries, as I could get my hands on. My meals got a ton lazier, I stopped soaking my beans and bought canned, I bought white rice so Elliot would eat a bowlful without coaxing. I bought popsicles, boxed cereal, breaded chicken fingers, and frozen french fries for the tots, multiple times! I cooked less in gerneral but still tried to have supper on the table for Paul, never sure if the results were as disgusting as I felt it must be. 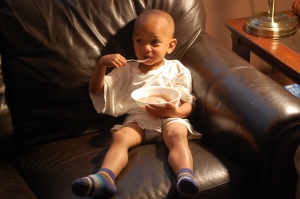 My cravings ran the gamut of every white, carby, fluffy, chewy food you could imagine, pizza, doughnuts, cookie bars, pasta! I did give in to my pickle craving and felt so disciplined when I resorted to THM-based meals and snacks again and again. I answered my red meat craving happily and my body would just seem to sigh with relief and energy. 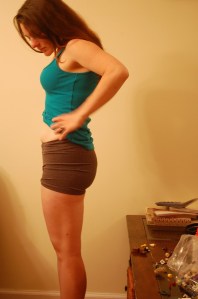 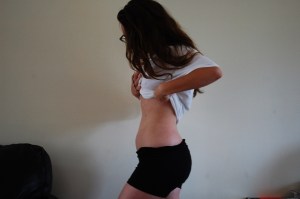 The nausea tide began to turn right around the text-book time of twelve weeks; just when I had all my back-up snack stashes in the car and prepared foods filling my fridge and my constant eating habits steadily down. Having gained nothing previously, I gained four pounds in two weeks, and my thighs and breasts plumped out in a hurry. The fatigue ebbed as well and the early pregnancy fog lifted leaving me flabby from no exercise but thrilled to be moving forward.

I have a solid appreciation for women, including some of my own friends who suffered endless weeks or months of far more severe morning sickness. What brave women, I salute you!

My desire to cook is back full force, last week I prepared my first Beef Wellington, in fact I cooked all day and wasn’t sick once! I am ridiculously optimistic about the rest of this pregnancy but hey, I’ve been wrong before… 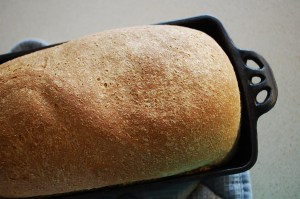 Baking again, the most phenomenal Fresh Milk Bread, I must share this recipe! Even if it’s not for THMing mamas, it’s perfect for children and daddies. 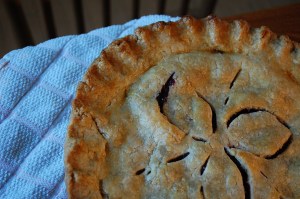 Blueberry Pie for a guest, picked ourselves a week previously…

22 Aug This entry was published on August 22, 2013 at 1:03 pm and is filed under Body Image, From My Soapbox, Summer, Trim Healthy Mama. Bookmark the permalink. Follow any comments here with the RSS feed for this post.

8 thoughts on “First Trimester, An Update”